86
SHARES
2.2k
VIEWS
Share on FacebookShare on TwitterShare on Whatsapp

‘Those glorifying criminals shall be treated as part of organized crime‘

Notwithstanding the tall claims of Cyber Police in Jammu of curbing the online crimes, sympathizers of notorious criminals and gangsters in Jammu are buzzing on social media, especially YouTube and Facebook.

Even when the supporters of infamous gangsters in Jammu are overtly using social media platforms to glorify criminals and their activities by uploading pictures and attractive videos, the Cyber Cell of Jammu appears to be busy in taking note of complaints regarding fake accounts.

Talking to The Typewriter, a former police officer, wishing anonymity said, “Glorifying criminals on social media is a matter of serious concern and the Cyber Cell, Jammu should immediately act on it.” He stated that he was shocked to know that criminals have expanded their fan following on social media in Jammu.

“Social media came in handy for gangsters and their promoters to encourage a criminal mindset among the youth in the state, which is a harmful trend. This gives them unnecessary publicity,”

“Police need to understand motives behind uploading videos of criminals, presenting them as heroes  on social media,” police officer said.

Meanwhile, stating that it is not difficult to understand the intention of sympathizers, Advocate, Deepika Singh Rajawat said that the main aim of supporters is to “glamourize” criminals and attract youth to it. Hundreds of youth in Jammu and Kashmir are seeing these videos and even sharing them.

“Social media came in handy for gangsters and their promoters to encourage a criminal mindset among the youth in the state, which is a harmful trend. This gives them unnecessary publicity,” said Rajawat, adding that the sympathizers of these gangsters are using the social media to “glamourize” criminals.

There are hundreds of videos of notorious gangsters like Sunny Baba, Pankaj Killer, Ranjit Singh Lugga, Vikram Wazir and Giri among others uploaded on YouTube and facebook by their supporters, which not only triggers excitement among youth, but also presents these notorious gangsters as heroes of the society, with attractive background music.

In some videos, the gangsters are shown brandishing their weapons, while as in other videos, the sympathizers make comparisons between gangsters and ranking them in top to down order. Newspaper cuttings depicting involvement of gangsters in various crimes have also been uploaded in some of the videos for their (gangsters) publicity.

In one of the videos, the YouTube handler ‘Rajputana GANGLAND’ made a video of top 10 gangsters in Jammu with very attractive Punjabi music in the background, making viewers believe that criminals are not less than heroes.

The above stated video has been accessed by more than three lakh viewers with more than five thousand likes, which clearly shows the impact of such videos on the mind of youth.

However, in the comment section the viewers can be seen fighting among themselves to adjudge top gangster.  One of the followers wrote, “Giri is a very brave boy, Giri group will come back.” To which another user abused and proposed the name of some other gangster to be on the top and this streak of arguments stretched long.

It won’t be wrong to say that such activities of supporters of these criminals are encouraging “gangster culture” in Jammu, as the criminals have managed to catch the imagination of lakhs of social media users.

Superintendent of Police (SP) Cyber Cell, Jammu, Naresh Singh when contacted said that Cyber Cell will certainly keep watch on such activities and will shortly take, anyone glorifying criminals, to task.

Senior Superintendent of Police (SSP) Jammu, Shridar Patil while talking to The Typewriter, said that considering the urgency of the matter, a special team will be constituted, who will deal with such issues.

“We will constitute a team of special officers, who will prepare a list of such account users, who have been promoting gangsters on social media,” said SSP, adding that those who are uploading or have uploaded such content on the social media or any social media platform shall be treated as criminals.

SSP further requested the youngsters to refrain from eulogizing gangsters, because it will land them in trouble.  “Anyone, who has uploaded these videos on social media, will be booked and shall be considered as a part of organized criminal activities,” said Patil, adding that if anyone has uploaded such content or forwarded such videos without malafide intentions, must immediately delete it. 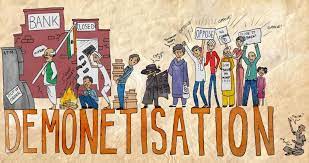