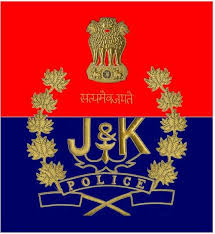 21
SHARES
420
VIEWS
Share on FacebookShare on TwitterShare on Whatsapp

How an executive proviso released by the top hierarchy in any administrative division is ignored and overruled by the subordinate dispensation can be well exemplified through an act of deliberate omission done in police department.

A rider released by the Police Headquarters Jammu dated 15-09-2017 issuing strict directions for CCTNS not to be deployed to jobs other than CCTNS assignments has been disregarded by impunity and some of the transfers are made on the behest of a SSP rank who overruled the orders passed under the hands of Inspector General of Police, Jammu Zone, S D Singh.

The glaring example of one such deliberate omission has been done in favour of a CCTNS constable Anil Kumar, EXJ 11912 who has been transferred from police station Akhnoor to police station Chhani in gross violation of the rules and also superseding the order of the IG by a Senior Superintendent of Police (SSP) Jammu on January 9th of 2018.

CCTNS are the executive level officers of different ranks appointed in police under a new order for registering challans and FIRs online and are the persons capable of executing the job through computers.

The irony in the present police arrangement is that no order of law is being followed and to satiate their own personnel interests, the officers at various hierarchies are managing their comfort zones by affecting any omission at any level.

A source in the police department privy to the department said that mismanagement in police in state has overtaken in all segments and irrespective of any ordered or strictures passed, the transfers and adjustments are going on unabated affecting the stature of the department

It is pertinent to mention here that during review meeting held in the office of Deputy Inspector General (DIG) of Police, Jammu-Kathua-Samba (JKS) Range on 04-04-2018 an issue projected by the team of CCTNS that the officials deployed for CCTNS project are being frequently transferred without intimating to Range Police Headquarters (RPHQ) was resolved that “Concerned SSP should devise a transfer policy regarding the transfer of technical staff in consultation with RPHQ Jammu”. In case of exigency the substitute be provided, reads the action taken during the review meeting.

However, on transfer of CCTNS staff from AKhnoor, no substitute was provided and on January 17th of 2018, SSP made further transfers and transferred Constable Sachiv Sharma from District police Lines (DPL) Jammu to AKhnoor as CCTNS substitute.