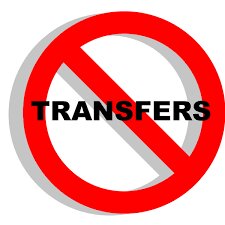 “It is settled law that a transfer order, unless shown to be a malafide exercise of powers, in violation of a statutory provisions or passed by an incompetent authority, is not open to interference by this Court”

In an interesting approach to defy transfer from cozy posting, a doctor at Kot Bhalwal jail has reportedly played a card of health complications, but is not ready to take medical examination before the Standing Medical Board, thus putting transfer orders in an ‘eternal’ abeyance.

According to the sources, Doctor Sanjay Bhasin, who is posted as Medical Officer (MO) Central Jail Kot Bhalwal Jammu was transferred from Kot BHalwal Jail in 2019, but instead of complying the orders, the said Doctor approached the court, claiming that he cannot be transferred as he has health complications.

“After court directions, government had asked Dr Bhasin to appear before Standing Medical Board to substantiate his medical condition, but despite passage of more than 21 months, the said doctor has not appeared before the board and is enjoying posting at Kot Bhalwal Jail,” said sources, adding that it appears even the government and the concerned authorities have disregarded the matter.

“The only ground on the basis of which the doctor has assailed the transfer order is that he has suffered from Left Basal Ganglionic Bleed (Brain Hemorrhage) and that the medical treatment, which he requires, is available only in Jammu,” court observed, adding that this court in a number of similar cases, where medical problems were made a ground of challenge to the order of transfer has declined relief.  No exception can be made in this case as the case of the petitioner does not stand at any better pedestal from the ones’ earlier decided.

“It is informed that the Administrative Department vide letter bearing no. HD/Legal/Gaz/MR 194-/2014 dated 28-01-2020 has requested this office to ask Dr. Sanjay Bhasin , Medical officer to undergo medical examination before Standing Medical Board, Jammu to substantiate his health conditions,” reads the letter, adding that Doctor was directed to contact Principal Government Medical College, Jammu to get medical examination conducted through the Standing Medical Board, Govt. Medical College, Jammu immediately and submit the report of Medical board to this office within a week’s time positively.

While a copy of this communication which was termed as most urgent was sent to the Principal Government Medical College, Jammu and Senior Superintendent Central jail Jammu Kot Bhalwal for information and necessary action.

Meanwhile, a senior official of Health Department wishing anonymity stated that he is unable to understand why Dr Bhasin is so adamant in this posting at Kot Bhalwal Jail.