by The Typewriter
in Exclusive, J&K, National, News
5 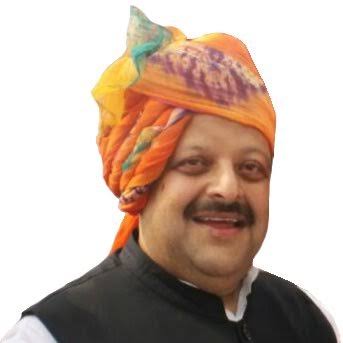 157
SHARES
3.9k
VIEWS
Share on FacebookShare on TwitterShare on Whatsapp

“This could be a well planned move by the Kashmir centric parties, especially National Conference to install a dummy party in Jammu to cut vote share of BJP, which is primarily Hindu votes”

Close aide of former Chief Minister of Jammu and Kashmir-Omar Abdullah and Provincial President of Jammu and Kashmir National Conference-Devender Singh Rana is likely to float a new party, reportedly with maximum representation from the Rajput community of Jammu.

According to the sources privy to the development, Rana has made up his mind to form a new political party to safeguard the interests of the Jammu region in general and Rajput community in particular.

“There were speculations, based on presumptions, that Rana would join Bhartiya Janta Party (BJP) after resigning from the JKNC, but instead of joining any other party, he is about to float a new party,” said sources, adding that the purpose of the new party would be to safeguard interest and aspirations of the Jammu people.

Sources maintained that Devender Singh Rana had made up his mind to form a new party, when Kashmir based political parties’ invoked Kashmir declaration.

“It appeared that Rana felt disappointed when he found no mention of Jammu in the declaration of Kashmir centric parties, despite the fact that both regions were suffering under the present regime,” said sources, adding that he can announce this decision anytime soon, as back channel discussions are going on with other stakeholders.

Sources further stated that Rana has not submitted his resignation yet, but he can make any sacrifice in the interests of Jammu region and its people, as already stated by Devender Singh Rana while addressing the media.

“He has appealed to all political parties of Jammu region, including the BJP, to unite and adopt the Jammu declaration to safeguard the interests of the region like the people in Kashmir and the Union Territory of Ladakh stood up above their political and religious affiliations and took a stand on issues concerning their regions,” said sources.

“This could be a well planned move by the Kashmir centric parties, especially National Conference to install a dummy party in Jammu to cut vote share of BJP, which is primarily Hindu votes,” said political experts, wishing anonymity.

However, The Typewriter could not verify the veracity of the claims made by sources, as no contact could be made with Devender Singh Rana, till this report was filed.

Earlier, while talking to the media persons Devender Singh Rana had said, “I have not submitted my resignation so far and…I am still the provincial president of the J&K National Conference. Whatever I do, I will brief you.”

Rana, a former MLA, was reacting to the reports that he is going to resign from the party post which he had taken over in 2011 after relinquishing as political advisor to then chief minister Omar Abdullah.

Several leaders of different political parties, including former minister Choudhary Lal Singh who heads the Dogra Swabhiman Sangathan Party (DWSP) and is campaigning for a separate state of Jammu, met him during the day.

“It is my responsibility to welcome anyone whether a brother, a friend or a guest who visits my residence…. I am repeating what I have been saying that there will be no compromise over the interests of Jammu region and the wishes and aspirations of its people,” he said, adding “as far as the interests of Jammu and its people are concerned, I have requested BJP, Congress, PDP, NC and National Panthers Party some nine months back to come together for Jammu declaration.”

He said it is time to rise above political affiliations and unite for the people of Jammu region for their betterment.

“We are all residents of Duggar Pradesh, whether we belong to NC, BJP, PDP, Congress, Apni Party, DWSP or some other party. We all need to come together, including intellectuals, civil society, traders…by keeping our differences aside and build a narrative which should be by Jammu, from Jammu, for inclusive Jammu and Kashmir,” Rana said, and asked “what objections should anyone have if there is a narrative from Jammu?”

“As long as the interests of Jammu and the wishes and aspirations of the people of Jammu region are concerned, there will be no compromise over it. If there is a need to make any sacrifice, I am ready for it,” Rana said.