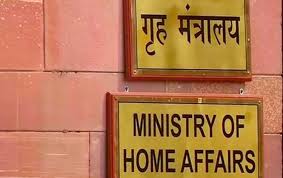 65
SHARES
1.6k
VIEWS
Share on FacebookShare on TwitterShare on Whatsapp

“Around 16,671 police stations across the country were nominated this year based on broad parameters of assessing in dealing with crime against women, property offences and crime against weaker sections”

Unlike many model police stations of Jammu and Kashmir, the far off police station of Billawar in Kathua district has been adjudged as the best police station in the Union Territory by the union ministry of home affairs (MHA), which released its annual survey recently.

However, no police station from Jammu and Kashmir made it to the Top 10 in the country, Kathua’s Billawar police station marked best in the Union Territory, thus bringing some reasons to cheer for the cops.

Only one police station from the Jammu and Kashmir— Billawar— had been nominated for the MHA survey.

The MHA’s nationwide survey is conducted every year following Prime Minister Narendra Modi’s call for Smart Policing, the idea he shared during a conference of state DGPs at Kutch in Gujarat in 2015.

In 2015, at the DGPs/IGPs conference at Kutch, Prime Minster directed the MHA to formulate a scheme to identify, recognize and rank the best police stations in the country.

The scheme lays considerable focus on various aspects of a police station such as the basic amenities for visitors, waiting for the area, toilets, drinking water, receptionist whom the visitors can meet, restroom for constables, including a separate room for women constables, natural lighting and ventilation, solar lighting, energy saving features, crime and criminal tracking networks and systems, CCTV, safe and secure armory, record room, communication room for wireless, computers etc, automated kiosks for filling of complaints by the public with a back end system.

The evaluation and raking of each of the police station is based on assessment of citizen’s perception, crime detection and prevention, maintenance of law and order and adaptability to crime and criminal tracking networks and systems.

Around 16,671 police stations across the country were nominated this year based on broad parameters of assessing in dealing with crime against women, property offences and crime against weaker sections. Three additional parameters, efforts put behind tracing missing persons, unidentified persons found and unidentified dead bodies were included this year. Around 75 police stations had made it to the final round.

The Ministry of Home Affairs (MHA) in a statement said that 2020’s survey for the best police station was done by MHA under “challenging circumstances” due to the ongoing Covid-19 pandemic. It also said that Home Minister Amit Shah had noted that a “vast majority” of police stations shortlisted for the list were from small towns and rural areas.

Billawar is a town and a notified area committee in Kathua district of the Indian Union Territory of Jammu and Kashmir. Billawar is also a tehsil. It is also called Balaur by locals. Billawar was founded by Raja Bhog Pal in the 7th century A.D and it remained the capital of Basohli Kingdom until the 11th century. The town has ancient monuments, one of which is the Mahabilvakeshwar Temple which is situated in the main market of town Billawar, one of the most revered Shiva temples of the area. The temple was also known as Hari Hara Temple.

Inspector General of Police (IGP) Jammu Zone, Mukesh Singh said that it is good to see that a police station of Jammu and Kashmir is doing well and has been recognised by MHA.
“We have many police stations in Jammu and Kashmir that qualify the criteria and are doing well, but it’s good that Billawar has been recognised,” said IGP, adding “we are working to improve the delivery system across the Union territory”.
He said that they are making all possible efforts to raise the standard of all police stations to make them competitive at national level.

Talking to The Typewriter, Sub Divisional Police Officer (SDPO) Billawar, Ravinder Singh (DySP) said that he was expecting something, because he has put all his efforts to raise the standard and meaning of policing in Jammu and Kashmir.

“I was expecting that my efforts will be recognized, but recognition from MHA is something that was unexpected at this juncture,” said DySP, adding that the joy of being the DySP of best police station in the entire Union Territory of Jammu and Kashmir is inexplicable and he is grateful to the higher ups for supporting him.

In the last couple of months, they have been focusing on disposal of complaints, warrants and to maintain law and order.

“I believe that our untiring efforts to dispose of complaints, FIRs and warrants, besides curbing the overall crime scenario has paid us off,” said Ravinder Singh adding that the recognition from MHA has come due to good disposal of complaints, FIRs, warrants rate, besides reduction in overall crime scenario and control in law and order situation.

He stated that though there is dearth of staff, but he managed with the existing staff and is thankful to the entire team of police station Billawar for putting up an excellent display of grit and dedication.

“My team is quick on complaints and they ensure everything is documents and disposed well on time,” said DySP Ravinder Singh, adding that in future they are eyeing to be among the top 10 police stations of the country.

He further informed that to upgrade the infrastructure, the police is in the process of acquiring around 40-45 kanals of land, which will certainly help the police station to fetch more points to be the top police station in the country.

Appreciating the role of police in Billawar, Deputy Inspector General (DIG) Jammu-Kathua-Samba (JKS) Range, Vivek Gupta said that this is the proud moment for the Jammu and Kashmir Police.

“Recognition of Billawar police station by MHA is an achievement of J&K police. We always try to improve disposal rates. And keep law and order under control, ” said DIG, adding that this is responsibility of everyone, including my seniors and subordinates to work together to raise the standard of policing in Jammu and Kashmir.