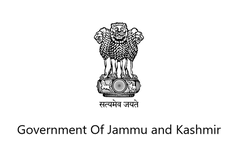 30
SHARES
756
VIEWS
Share on FacebookShare on TwitterShare on Whatsapp

“School Education Department has not regularized lecturers and principals who have been working since than 14 years, just because they could not get vigilance clearance and on the other hand ‘corrupt’ officers who have been framed by the vigilance department are not only regularized but even promoted to the ranks of Chief Education Officers and Principal”

Taking systemic procedures of regularization and promotions ‘for granted’, Department of School Education Jammu has reportedly given the charge of Chief Education Officer (CEO) to an official and subsequently promoted another official to the post of principal, allegedly accused of graft, despite pending Regular Department Action (RDA).

The height of casual approach could be gauged that despite the ‘tainted’ background of the officials, the department did not bother to seek a prior character clearance report from the concerned department, when there is a complaint against them in the State Vigilance Organization (now ACB).

Talking to The Typewriter, a senior official in the Education Department informed that despite initiation of RDA against Narinder Pal Singh, the administration has assigned him the charge of the post of Chief Education Officer (CEO) and equivalent vide government order No. 1029-Eduof 2021 dated 09-06-2021

“Not only this, prior to this he was regularized as Principal in the month of May 2021 by the administration. In-charge/ Senior Lecturers Zonal Education Officers of School Education Department were Regularized as Principals and Equivalent on 20-05-2021 vide Government Order No. 464-Edu of 2021,” said official, adding that the officer in question figuring on serial no 57, Seniority No 129 , N P Singh has been regularized w.e.f 01.11.2008 despite the fact that Regular Departmental Action (RDA) was initiated against him after a complaint was filed against him.

The complaint against NP Singh was filed on 27-09-2013 at erstwhile State Vigilance Organization (now Anti Corruption Bureau), but keeping the complaint on the back burner, the department nodded for his regularization and was now promoted as CEO.

Moreover, the promotion order of NP Singh as Chief Education Officer (CEO) reads that in case of any adverse report from GAD (Vigilance) or Departmental enquiry, the order shall be withdrawn immediately.

“This is a mockery. The official is already mired with allegations of corruption, but instead of waiting for the clearance the administration issued his promotion orders,” said senior officer, adding that such violations of rules and regulations will set a wrong precedence.

Interestingly, when the official in question was regularized, an observation was flagged by some senior officers of the department, but the higher-ups snubbed their concern and continued with the regularization of NP Singh as Principal.

“It is submitted that Anti Corruption Bureau has framed Regular Department Action (RDA) against NP Singh (Narinder Pal Singh), Principal about 2-3 years back in a graft case,” reads the content of the complaint filed with BK Singh who is Administrative Secretary of the School Education Department.

The complainant questioned that since DPC has withheld regularization of certain Principals whose vigilance clearance has not been sought, how come officers with vigilance case (RDA) can be regularized?

On 22-05-2017, then State Vigilance Organization (Now ACB) sent a communication to the Commissioner Secretary of School Education with a copy to the Director School Education for initiation of Regular Departmental Action (RDA) against the above stated two employees of the department.

Vide verification no. SVO/Veri/PR/17/2013 conducted by the State Anti-Corruption Bureau (then State Vigilance Organization) has recommended Regular Department Action against this Lecturer in corruption cases along with a Principal.

Now it’s a million dollars question why the Education Department has ignored the vigilance guidelines of obtaining NOC from ACB before promotion of any gazetted level officer.

Interestingly, the School Education Department has withheld the regularization of Lecturers and Principals for want of NOC from ACB.

“School Education Department has not regularized lecturers and principals who have been working since than 14 years, just because they could not get vigilance clearance and on the other hand ‘corrupt’ officers who have been framed by the vigilance department are not only regularized but even promoted to the ranks of Chief Education Officers and Principal. Why double yardstick?”, questioned a senior officer of the School Education Department pleading anonymity.

It is pertinent to mention here that the matter was flagged before the Secretary School Education BK Singh prior to the promotions of the ‘tainted’ officials.

While talking to The Typewriter, Deputy Secretary School Education, Umesh Sharma said that he has no knowledge about the matter and sought the names of the officials in question.

“Actually the minutes of the meeting have been done before my taking charge in the department. I only received the final list to sign it,” said Sharma, adding that he will look into the matter.

Despite repeated attempts, BK Singh, Principal Secretary to the Government, School Education Department could not be contacted for comments.

‘Loot of Public Exchequer’ At JKBOSE: Chairperson Says ‘Leave It To Us’