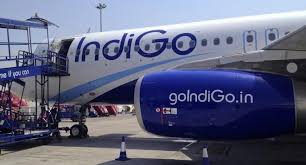 78
SHARES
2k
VIEWS
Share on FacebookShare on TwitterShare on Whatsapp

In an apparent display of insensitivity, an IndiGo staffer has allegedly mistreated a specially-abled child at Ranchi airport. The incident came to light after an eye-witness account of the incident went viral on social media.

According to an eye witness, Abhinandan Mishra, who happened to be present there at the time of the incident, the child had an uncomfortable car ride to the airport and was visibly stressed on arrival at the boarding gate. His parents, however, brought the situation under control with some food and love.

But at the time of boarding, IndiGo staffer warned the family that the child would not be allowed to board the plane unless he acted ‘normally’.

The manager did not stop there. He reportedly announced that the specially-abled child is a flight risk and compared the condition (teenage assertiveness) to that of drunken passengers and deemed the child un-fit for travel. The same situation prevailed even after co-passengers opposed the staff’s move.

The incident has sparked debate on who should take the call on the fitness of a passenger with disabilities- the airline staff, manager or the doctors present at the airport. According to co-passengers, there were doctors taking the same flight and they assured them of support. But eventually, the flight departed to Hyderabad, leaving the three behind.

When contacted IndiGo, a senior official said that the airlines have already issued a statement in this regard claiming the specially-abled child could not have boarded the flight in ‘a state of panic’.

“The ground staff waited for him to calm down till the last minute, but to no avail. The airline made the family comfortable by providing them hotel stay and the family flew next morning to their destination. We regret the inconvenience caused to the passengers,” the statement read.