by The Typewriter
in Exclusive, J&K, News
3 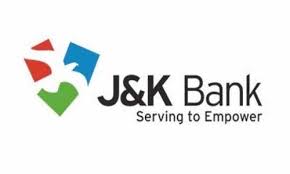 202
SHARES
5.1k
VIEWS
Share on FacebookShare on TwitterShare on Whatsapp

CAG observed poor appraisal and follow-up led to loss of Rs 20 Cr to the bank as OTS has done after sacrificing principal and interest to the tune of Rs 20 Crs. The party is not even depositing the OTS amount though running unit”

In a hard hitting representation submitted with the new Managing Director (MD) of J&K Bank, it has been accused that the incumbent Chairman (now Director), who also happened to be former Managing Director has been indulged in ‘nepotism and serious irregularities’, causing huge losses to the institution.

According to the sources privy to the development, a representation has been submitted in the office of new Managing Director (MD)-Baldev Prakash, wherein strict action has been sought against the former MD and Chairman-R.K Chibber for bringing bad name to the institution, besides huge monetary losses.

“Bad deeds, promotions and legacy of Chibber continue to haunt J&K Bank even after a professional and competent Managing Director Baldev Prakash takes over,” reads the opening paragraphs of the representation, adding that HRD is key department of the bank, which has the mandate to manage the large talented pool of meritorious candidates of the erstwhile state, who had joined the bank with a lot of aspirations.

The representation reads, “Currently the HRD is headed by a Vice-President, who was shoddily promoted by Mr Chibber after closing his investigations/enquiries, which were conclusive but for reasons best known to Chibber, he was exonerated.”

Earlier also it was alleged that the incumbent chairman has closed the inquiries of serious nature of some of the officers and benefited them with the release of arrears and pensionary benefits.

“Coming back to the HRD Vice President, he is responsible for at least hundred crores of NPAs in Jammu during his earlier assignments as Branch Manager Residency Road,” reads the representation, adding “Serious irregularities were reported during the bank’s internal investigation but the matter was hushed up by the former Managing Director R.K Chibber reportedly due to considerations.”

The representation revealed that the nature of irregularities reported in the internal investigations included fudged valuation reports for securities, already sold properties accepted as mortgage, inflated valuations and disputed property was accepted with malafide intentions.

“Now the HRD Vice President is engaged in promoting his then partners of crime to key positions in credit and recovery to cover up,” reads the representation, adding “In the recent promotions from scale 4 to 5, out of 28 only five employees were from Jammu.

“The ones promoted from Jammu are his protégé and all other honest and dedicated officers of Jammu had been dropped, who have now made an appeal to the government to revisit the process,” representation reads.

The representation further, taking reference from the report of Comptroller and Auditor General (CAG) mentioned losses to the bank under the chairmanship of Chibber.

“Basantar Breweries: CAG observed poor appraisal and follow-up led to loss of Rs 20 Cr to the bank as OTS has been done after sacrificing principal and interest to the tune of Rs 20 Crs. The party is not even depositing the OTS amount, despite the fact that their unit is running,” reads the representation, adding in case of BHS Reality, CAG has observed that encumbrance free securities have not been obtained, leading the bank to a loss of Rs 3.88 Crs.

It revealed that the HRD Vice President, who ‘still roams ruthlessly’ with the promoters due to their political clout in connivance, advanced the money on disputed properties which cannot even be demarcated. “In the same case CAG also observed that the amount of sale of the project was to be routed through the ESCROW account, which was not done by the Branch then headed by the Vice President HRD, leading to the siphoning of the money by the promoters of BHS Reality.

“With regard to Chinar Wines, CAG observed that land was accepted as mortgage, which was already sold prior to creation of mortgage on forged documents,” representation reads, adding “In this case even bank’s panel council was removed from the panel but the main culprit was promoted by Mr Chibber. A case was also registered by ACB Jammu in 2019, but no progress has been made till date”.

Talking to The Typewriter, a senior official of the bank, wishing anonymity, admitted that a representation has been submitted in the office of the new MD and there are probable chances that the new MD may take cognizance of the complaints, especially pertaining to serious monetary irregularities.

However, talking to The Typewriter, Vice President-HRD Anoop said that he has no knowledge of the matter.