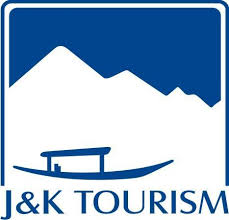 13
SHARES
326
VIEWS
Share on FacebookShare on TwitterShare on Whatsapp

“I did not receive any communication to work,” says Director

Even when the administration has notified Standard of Operation (SOP) for the tourists, probably to resurrect the Tourism industry of Jammu and Kashmir, which remained affected since 5th of August 2019, the tourism directorate in Jammu appeared little reluctant to promote tourist destinations of the Jammu region.

Talking to The Typewriter, Director Tourism Jammu, Raj Kumar Katoch said that he did not receive any communication to work on the promotional activities. “I can only comment on the promotional activities of the tourism department after the government issues any notification or approaches me with any order,” said Director Tourism, Jammu, adding that they have received no funds this year for promotion as of now.

“The government has stopped all activities in the Tourism Department and no funding has been made for this year. I am apprehensive, after reopening the tourism industry, whether the government will release funds or not,” maintained Director.

When asked about dysfunctional social media activities of Jammu Tourism since 5th August 2019, the director baffled and asserted that he cannot do anything with regard to promotion of tourism in Jammu on social media.

“Everything is shut, including functioning of social media, by the government since February this year,” claimed the Director, adding that whether Jammu Tourism is operating its social media handle properly or not is not anybody’s concern.

In contrast to Jammu Directorate, which has only 1.59 lakh followers, the Facebook page of Kashmir Tourism has 3.80 lakh followers, despite the fact that Kashmir has been facing intermittent internet shutdowns since the last couple of years.

“When the virtual platform is becoming the easiest and potential means of promotion, Jammu Directorate has stopped its activities way back in January,” said sources in the department, adding that whenever anyone questions the director about it, he shrugs off the responsibility and blames the government for stopping him.

If sources are to be believed, the Jammu Director had recently accused Kashmir Tourism for the poor response to Jammu Tourism on social media.

“Despite tough time in the erstwhile state, the Kashmir Tourism Department continued to update its social media page, while as Jammu Directorate keep sleeping over the suggestions,” said sources, adding that even if you monitor the activities of the Jammu Tourism on social media, ‘you will find irregular updates’, almost two to three every month.

“They will justify their failure in the garb of corona lockdown, but if you observe their past performance, especially after 5th August 2019, when entire tourism in Kashmir was wiped out, the Jammu tourism directorate did nothing to divert the tourists to Jammu destinations,” said a Hotelier in Patnitop, adding that they (hoteliers) had to put their own efforts to convince Directorate Tourism to do the needful, but it remains unheard.

Another hotelier in Surinsar asserted that the performance of Jammu tourism is the poorest among all. “They did not do anything physically for the promotion of Jammu Tourism, they did nothing on social media as well,” said Rajiv (name changed), adding that due to lack of their interest in promoting Jammu tourist destinations, people associated with the industry have started making and promoting Jammu destinations on their own pages.

“Though, people associated with the industry are making every effort to promote unexplored destinations of Jammu, but without the support of the government it had little effect,” said Rajiv, adding that in contrast, if you see the tourism department of Kashmir, they are much ahead, despite difficult times.

Busting the lame excuses of the department for its ailing condition and reluctance in social media performance, the hotelier in Surinsar maintained that the department is claiming that they have given up their activities due to lockdown and government instructions, then what is the department doing for all these months.

“If you cannot promote or do any other activity in the department due to so called internet blockade or lockdown or for the sake of excuse government instructions, why didn’t you put efforts to build new infrastructure and to repair the existing infrastructure which is in dilapidated condition,” said Manmohan, adding that at least they would have repaired the roads and had updated unexplored destinations of Jammu region on social media.

It is pertinent to mention here that Jammu and Kashmir Tourism Department has faced severe blow in the wake of abrogation of article 370.  The Tourism business is hit first due to the six months of closure in the wake of the revocation of J&K’s special status in August and then the lockdown from March 20.

“The Tourism sector is in shambles. Artisans and weavers are jobless. The losses are more than ₹1,056 crore. It was multiplied further by the pandemic,” a KCCI spokesman told the media.

When tried to contact Commissioner Secretary Tourism, he was unable for comments.