by The Typewriter
in Featured, Off D Cuff
0 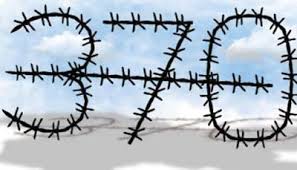 18
SHARES
290
VIEWS
Share on FacebookShare on TwitterShare on Whatsapp

Why Art 370 has different demoniac expressions for different segment, community people of Jammu and Kashmir has a long drawn history. But it (Art 370) being volleyed for points scored to net political gains can no better be understood and utilized by saffron party that moves on Hinduism agenda.

The prime minister Narendra Modi’s pre-poll  ‘Hunkar Rally ‘ at MA Stadium , Jammu as party’s poll campaigner and PM candidate for 2014 elections made a striking  inroad among the people of the state when he touched the fragile issue of art 370 very artfully “Country needs to debate on it”.

Come next Parliamentary polls in 2019, and the clarion call on it still on its tacit grounds. Had not the Supreme Court’s verdict that only parliament can take a call on scrapping article 370, kept the doors wide open for Modi led NDA since past five years of dominance in the Parliament to get it abrogated.

However, this is one aspect of the Hinduism of Saffron party that reflected its mindset on the controversial 370. Because, taming a Hindu region in state of Jammu and Kashmir led by Dogra majority had been never any issue while holding supreme the Kashmir’s call on its abrogation leading to opening of floodgates and diffusing their forte of separatism was a telling cause.

And hence, once again, let the Parliamentary bugle blow, no concern on Art 370 will find a place in the Saffron party’s manifesto. But yes, the swansong will be heard in many speeches, but on the low ebb. –Abrogation of Art 370 is our core agenda and national concern –this will be the oft repeat line that will echo from the cauldrons of saffron mouths that will hold the election mantle in J&K, particularly Jammu.

A commoner in the street turned out more wiser than the elite panelists on debate across the world when he sarcastically remarked – Jo Nehru Ne Kaha Tha Ki Art 370 Aik Asthaayi Lakeer Hai Aur Ghiste Ghiste Ghis Jayegi , Vo BJP Ne Apna Darshanshastra Bana liya Kyunki Unki Bhi Yehi Soch Hai ki Unki Mool Vichardhara Bhi Ghiste Ghiste Ghis Jayegi (What Nehru said about Art 370 to be a temporary line which will erase with time , BJP took it in its cunning stride and is very tactical in doing away with its basic philosophy on it by ignoring it to fade away.)